The Secret Guide to Income Tax

The basic meaning of Income Tax is that it is the tax to be paid on income. To understand income tax in a detailed manner, we need to first understand these two words – tax and income.

‘Tax’ is basically a statutory, mandatory payment made to the government and when it is paid directly as a percentage of the income, it is called income tax or direct tax.

When the tax is charged as a price of the goods or services and paid indirectly to the government, it is called indirect tax. Presently, Goods and Services tax (GST) is the single indirect tax levied in India.

Now, let’s understand the word ‘Income’. From the taxation point of view, it has a very broad and inclusive meaning. In case of a salaried person, all that is received from an employer in cash, kind or as a facility is considered as income. For a businessman, his net profits will constitute income. Income may also flow from investments in the form of Interest, Dividend, and Commission etc. The Income Tax Act does not differentiate between legal and illegal income as well. Income Tax Act breaks down income into following five heads:

Income tax has to be paid by every individual person, Hindu Undivided Family (HUF), Association of Persons (AOP), Body of Individuals (BOI), corporate firms, companies, local authorities and all other artificial juridical persons that generate income.

Taxes are calculated on the annual income of a person, which in the eyes of the Income Tax law starts on the 1st of April and ends on the 31st of March of the next calendar year. The law recognizes and classifies the year as ‘Previous Year’ and ‘Assessment Year’.

For example, Income earned between April 1st, 2017 and March 31st, 2018 is called the income of the previous year and will be charged to tax in the next year, or the assessment year that starts on April 1st, 2018.

Income Tax is generally collected by the government in three ways:

As per the Income Tax Act, any taxpayer whose estimated tax liability for the year exceeds ₹10,000/- has to pay tax in advance by the due dates mentioned below: 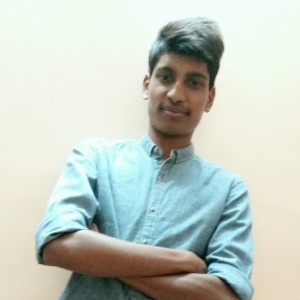 The Secret Guide to Income Tax

The basic meaning of Income Tax is that it is the tax to be paid on income. To understand income tax in a detailed manner, we need to first understand